Giva is proud to showcase the essays of its Student Scholarship and Worldwide Community Ambassador Award winners. Below is an essay from Joseph Lee, Rush Medical College. Giva's hope is to inspire others through these essays, and we hope they will help others realize the joys and benefits of service. 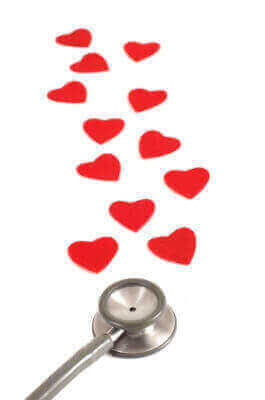 Who is a "Good" Doctor?
By Joseph Lee

Had you asked me the same question one year ago, my answer would have been vastly different to the one I will give today. In the summer of 2012, with my first year of medical school completed, I embarked upon my last official summer vacation with two things in mind: a basketball tournament in Dallas and one in Atlanta. My closest friends and I had been playing in tournaments for the past 10 summers, and it was a sacred bond forged together in the name of competition. However, two weeks before our first tournament, I became instantly and overwhelmingly short of breath. Having been born to Korean immigrant parents, I was raised to utilize the hospital in emergency cases only, and I knew this was such a case. A few scans later, doctors discovered numerous pulmonary emboli (PE), caused by a subclavian deep vein thrombosis (DVT), and just like that, I was lying in a bed of a major hospital for a life threatening condition.

Fast forward a few months, and I am lying in a similar bed to treat the underlying cause of the sublclavian DVT: a first rib removal. There is little that can adequately prepare someone physically, emotionally or spiritually to undergo surgery; and my thoughts continued to race in the days following. In addition to the expected physical pain, isolation, fear and frustration were a few of the emotions I experienced in the four day ordeal. The procedure went according to plan thanks to a skilled surgeon and his team, but the attributes that made the doctor "good" went far beyond his ability to operate.

"Wow. I'm glad you are feeling better" and "I can't believe you went through that" are common reactions people have when they see the scars on my upper chest. Quite frankly, the past nine months have been difficult, literally full of blood, sweat and tears. But through it all, I have been able to maintain my positivity and gratitude knowing that I have gained the invaluable experience of being a patient and discovering the vulnerability and trust that patients give their doctors. Patients indulge information to doctors that they may have never told anyone in their life and in doing so, place a great deal of trust and responsibility in the hands of a doctor. Many patients will not understand the mechanism of disease behind their condition and anticipate that the doctor will explain to them and their family why it is that they are feeling the way they are and ultimately heal them. And that is precisely what my surgeon understood: the privilege of being able to care for patients and the intimacy of the doctor-patient relationship. And as I awoke to the care of my worried parents, the first thing they wanted to discuss was the details of the procedure that was methodically and patiently explained to them by my "good" doctor.

In study after study, patients have reported dissatisfaction with their medical care, not because of lack of knowledge or health outcome, but because their doctors did not show enough warmth in the encounter or listen to the patient's questions and concerns. There are few times where a patient and their loved ones are more vulnerable and in need of compassion than when dealing with a hospitalization. And for some doctors, a patient may be another item on a checklist, but that patient is someone's mother or father, son or daughter, sister or brother. My "good" doctor understood this and would often say "If you were my son..." when discussing treatment options, reflecting on the type of care he would want for his family and treating me similarly. Such ideals are rooted in love and compassion for patients, not as clients in the health care system, but as fellow human beings striving to make something of themselves and the world around them (I).

Unfortunately, the ordeal of living with a chronic illness or undergoing a major operation extends beyond the confines of the hospital. Whether it is creditors harassing patients for medical bills, prescriptions that need to be refilled, or lifestyle modifications that need to be made, the health care experience doesn't end when a patient walks out of the hospital doors. It often takes merely a minute, as in the case of the "good" doctor who told me that as a student I could apply to get the procedure financially covered by the hospital. Such foresight in anticipating financial concerns and directing me on the next steps to be taken provided relief in the surmounting stress.

Of all the qualities I tried to explain in what makes a "good" doctor, there was no emphasis on skill and knowledge. And while being able to fulfill the duties of making the correct diagnosis and appropriate treatment plans is expected, the intangibles of love, compassion, foresight and honesty is what makes a doctor, "good". I learned such lessons in the purest manner possible, by being a patient myself, and will use them to guide me in all future patient encounters, as I strive to be a "good" doctor.