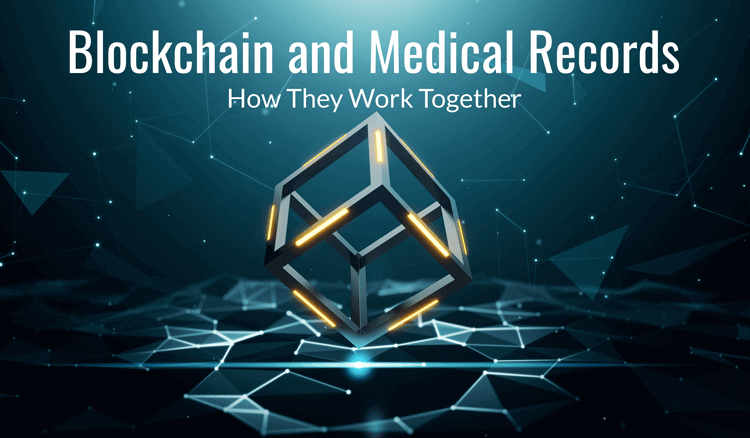 Blockchain provides healthcare organizations and their patients with an alternative method for storing, viewing, and sharing electronic medical or health records (EMR/EHR). Blockchain is a secure digital ledger that is decentralized and usually doesn't have a singular authority. It allows a community, in this case, healthcare providers and patients, to record transactions onto a shared ledger. Each record is known as a transaction, and once a transaction is published, it cannot be changed.

Though there is still hesitancy among healthcare providers to implement blockchain technology, mindsets have begun to change. The realization that this technology can aid in reducing operating costs, streamlining business processes, and improving access to information has made it a more attractive option.

So, now that we've talked about what blockchain is, its pros, and its cons, let us look at how blockchain and medical records work together towards a common goal.

Putting EMR/EHR on the Blockchain

When looking to store and view personal health information (PHI), having one master blockchain beats having several digital systems to do the same thing. Having a single source of information means less fragmented data. Blockchain in EHR or EMR manages large amounts of data while remaining very secure. It would seem like the perfect solution for the healthcare industry that works with sensitive PHI.

So, let us dive a little deeper. When data, like EHR or EMR, is stored across many systems, it becomes isolated and sometimes inaccessible. For example, your family doctor has your yearly physical records, while your cardiologist has records about a recent heart procedure. To get a picture of your current health situation, EHR needs to be shared between both providers; it is critical to receiving the proper care. However, if it is not, or if it is 'misplaced' in the transfer, it has the potential to create a real, and possibly dangerous, void in your healthcare history. If both the family doctor and the cardiologist used a blockchain system, the data would be received by a 'block.' That block then attaches itself to the back of a chain and gets a timestamp. It is quick, secure, and is non-changeable once entered. Think of blockchain for healthcare records as a universal system for real-time EHR. It can be accessed by anyone in the healthcare field (authorized by the patient, of course).

What Type of Healthcare Industry Data is Stored in Blockchain?

Here is an approximate breakdown: 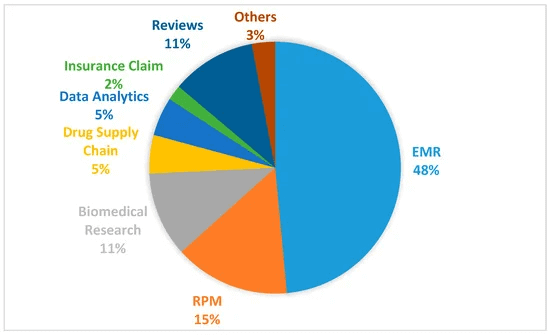 The Process: From Record Creation to Blockchain Input

By now, you probably have a good idea about what blockchain is, but you might still be a little unclear about how it works.  We mean the process between document creation and life on a ledger. Before we jump into the flow, let us identify the important components of the blockchain system.

Now, let us look at the flow of information into the blockchain system. This can be described in very complex terms, however, we decided it would be best described in simpler terms, to help organizations who are contemplating making the switch, but need more information.

If you are looking to get a visual on the flow, check out the following graphic. 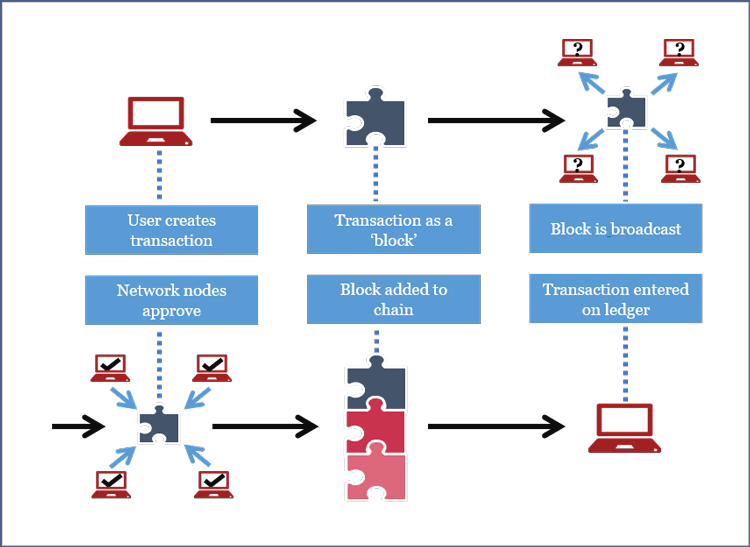 The Bottom Line: How can Blockchain Streamline Your Recordkeeping?

Blockchain based EHR or EMR is the way of the future. The process data takes from creation to storage is both quick and secure, while patient access and control is unparalleled. You might not believe it when looking at it from a technical perspective. With that being said, we believe the simplified view of the data flow can help to reduce hesitancy that continues to stall significant uptake of blockchain in the healthcare field.