What are Chickens and Pigs in Agile: Involved vs Committed 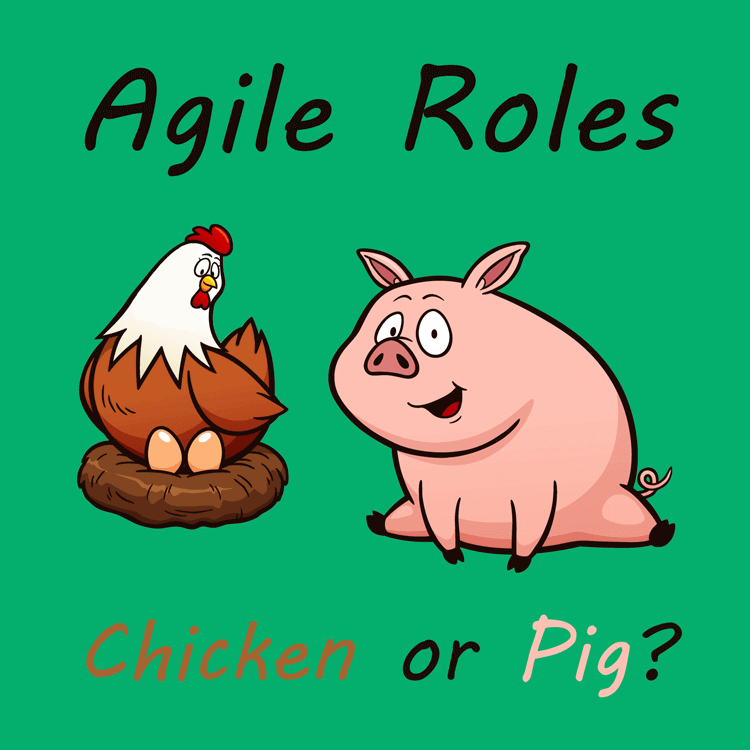 We know Agile project management to be a continual approach to planning and performing tasks related to a project. It breaks project tasks into smaller chunks, usually referred to as sprints and iterations. Sprints sound quick, but they can take up to a few weeks - depending on what needs to be done. This approach to project management has many benefits including more freedom, efficient resource use, better collaboration, and so much more.

Enter the chicken and the pig. If you are not aware of this analogy, you might be scratching your head and asking,  "what do chickens and pigs have to do with project management?"  Most of us did the first time we heard it.  Well, the chicken and the pig symbolize different roles when referring to Scrum in the Agile sphere. Think of it as involvement vs. commitment. Visual paradigm presents it in the form of a riddle:

Question: In a bacon-and-egg breakfast, what's the difference between the Chicken and the Pig?

Answer: The Chicken is involved, but the Pig is committed!

So, when looking at Scrum, chickens can place their input on what is going to happen, but the pigs have the final say on what will actually happen, and at what pace the project will occur.

When it comes to team projects in the workplace, what do you identify as? The chicken, or the pig? Let's take a closer look at this concept, and why you might want to consider re-organizing project teams in the future.

Why Does Identifying Chickens and Pigs Matter in Project Management?

The chicken and pig story goes something like this - let us say you are whipping up your favorite breakfast dish. It has a combination of ham, bacon, and eggs. We know the pig will be sacrificed to get the ham and bacon. The chicken provides the eggs, but its fate is nowhere near the same level as that of the pig. Therefore, the pig has "skin in the game," while the chicken is merely "involved." Despite their different contributions, they are equally necessary to complete the dish.

Using the basis of this story, we can see that team members can play varying roles in a project. Therefore, it is critical to identify pigs and chickens (as odd as that may sound) because it forms your chain of command.

Imagine for a second that you are a CEO or a Director (maybe you already are!), looking for an update on a big project. These executives need quick, to-the-point updates from those "in the know." What better person to ask than the individual with skin in the game? These individuals ought to know the ins and outs of the overall project.

In another scenario, let us take a look at the chickens. They play a crucial role as well. Being "involved" could mean working with key vendors to procure materials to complete that new condo building. They may not be overseeing the entire project, but they still play roles that combine to create the bigger picture. The pigs must ensure that the chickens are tasked accordingly. They will also eventually act as lines of communication and information.

Is the Chicken vs Pig Comparison Similar to the RACI Model?

The RACI model, otherwise known as the responsibility assignment matrix, gets its acronym from its four components: responsible, accountable, consulted, and informed.

These four components describe the different roles in a project, usually expressed through a chart, such as this one shown below. 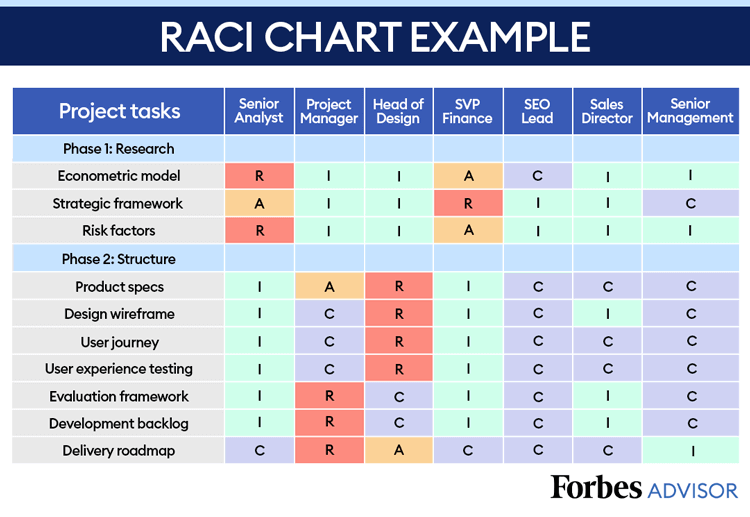 Unlike the chicken and the pig, RACI operates on four components. Let us have a look at each.

Responsible: This member is an active participant. They do the "physical" work required to complete a project.

Accountable: Think of this person as the manager of the project. They assign tasks, monitor progress, and can answer to others, including executives, about where a project stands.

Consulted: Just because you are leading a project, does not mean you are an expert in all of its subfields. This category refers to experts in particular fields, who can provide advice to those working on a project.

Informed: This individual is only kept up to date on progress and other significant development. If the accountable individual is the manager, the informed individual might be their director, or perhaps the CEO of the company. Typically, this individual only receives one-way communication.

So, how does RACI differ from Agile? The truth is, there is not a major difference. At its core, they have the same end goal. Individuals with varying levels of commitment work together to complete a project. The layout of the teams is what presents the biggest difference. The RACI model sees participants broken out into roles that are more clearly defined, at least on paper, or chart, to be more specific.

Scrum Tells Both the Chicken and the Pig to Scram!

Besides Agile, there was a point in time where the chicken and the pig concept was used to describe workforce roles in Scrum project management. Those days are over.

The concept became too controversial. According to an explanation from Scrum, the analogy may have been derogatory, spurring power dynamics which drive negative reactions. They believe that it was better to, "discuss accountability directly in the Scrum Guide, as opposed to through metaphor." The story goes beyond this simple explanation, but for now we can leave it at that.

The Bottom Line: The Chicken and Pig Agile Style Will Live On

By adopting this concept, whether through Agile or not, organizations can better manage projects by providing a clear direction and a reputable chain of command.