What Is an ITIL Framework? 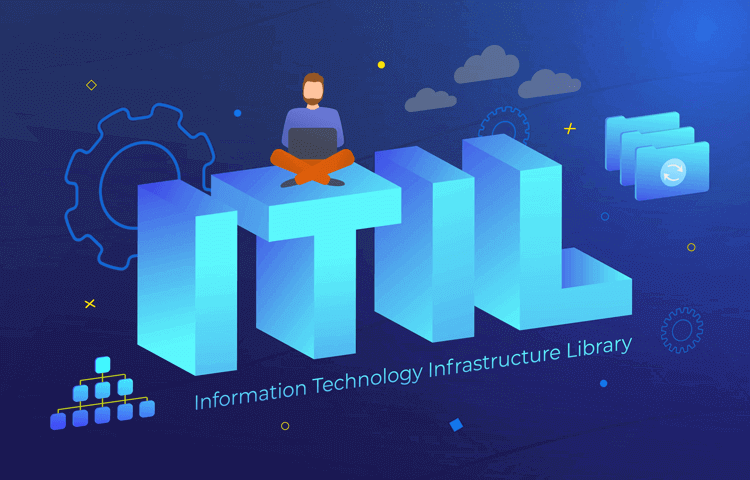 ITIL® is an acronym that stands for Information Technology Infrastructure Library. ITIL is a best-practice framework that guides the actions, operations, and measurable outputs from IT Service Management (ITSM) teams.

ITIL is not the only framework in town. However, ITIL is well-known, respected, and widely implemented as a service framework for ITSM operations and service teams, also known as IT departments, help desks, and IT vendors.

ITIL and ITSM even have an internationally recognized standard for excellence, known as ISO 20000. The International Organization for Standardization (ISO) first published this standard for ITIL and ITSM in 2005, and have been steadily updating it ever since as the sector and discipline have evolved.

In this post, we will provide more detail on the dimensions of the ITIL 4 framework standard (compared to previous versions), what an ITIL governance model is, and how ITIL compares to other IT and digital management frameworks.

ITIL was first created in the 1980s, as part of the UK government and civil services modernization program, designed to cope with the increasing use of computers across government departments. ITIL was a framework designed by a UK government agency, known as the Central Computer and Telecommunications Agency (CCTA).

Since then, ITIL has evolved considerably, to keep pace with the ongoing digital transformation taking place worldwide. As a formal framework and training program for IT professionals and managers, ITIL — now onto version 4 (ITIL 4, or ITIL V4) — is now owned by PeopleCert, a global testing and certification corporation.

PeopleCert acquired the ITIL framework, certification and training process in 2021 (alongside PRINCE2) when they bought Axelos, a joint venture between the UK government and the outsourcing giant Capita, founded in 2014.

ITIL (V4) is described as "the framework for the management of IT-enabled services."

In more detail, Axelos describes ITIL 4 as a "certification scheme [that] can be adapted to the learning requirements of the individual and the organization. It uses a modular, tiered approach to allow you to develop a comprehensive view of service management or to focus on specific areas of knowledge."

What Are The 4 Dimensions of ITIL V4?

Now let's dive into the four dimensions of the ITIL V4 framework:

How Does ITIL V4 Compare to Previous ITIL Framework Models?

The previous ITIL certification scheme, V3 (ITIL 3) was discontinued at the end of 2021.

Within that scheme were five levels, from Foundation to Master. ITIL 4 simplifies this, with only two levels, as such, from IT professional to IT leader.

It was decided, to ensure ITIL aligns closely with the evolutions and iterations within the IT sector, to roll two of those linear stages into the fourth dimension of ITIL 4: Value Streams and Processes. This way, the ITIL framework and best practices are more flexible, in-keeping with the demands and service delivery practices of ITSM teams and the operational needs of IT leaders.

The ITIL V4 certification scheme, managed and monitored by Axelos, and delivered by thousands of independent trainers and training companies worldwide, contains several units at levels.

There's an ITIL Foundation level, one that everyone wanting to attain ITIL certification needs to pass before moving on to higher levels. And then, there are levels for ITIL Managing Professionals:

You can also sit two extension modules on Sustainability in Digital IT, and Acquiring & Managing Cloud Services.

For IT Strategic Leaders, there are additional modules:

Now let's take a closer look at an ITIL governance framework and how this compares to other ITSM and IT/digital frameworks.

What is an ITIL Governance Framework?

When we think about IT, ITIL, ITSM and operations management in business communications and internal processes, it's different from "governance" in a democratic political system.

Governance in IT operations means the "processes that ensure the effective and efficient use of IT in enabling an organization to achieve its goals."

Gartner goes on to describe, "IT demand governance (ITDG--what IT should work on) is the process by which organizations ensure the effective evaluation, selection, prioritization, and funding of competing IT investments; oversee their implementation; and extract (measurable) business benefits."

IT governance is a decision-making and business management process and responsibility. In practice, this means that senior business leaders set operational visions and targets, and then different departmental leaders, such as IT leaders, implement them.

IT leaders implement IT governance through frameworks, such as ITIL 4, RACI, and others, including Six Sigma, Lean, and Agile. In some cases, these frameworks are used in partnership and alongside one another, depending on the operational and ITSM needs of the organization.

In the next section, we compare ITIL (version 4) to other popular ITIL service management frameworks.

ITIL Compared to Other IT/Digital Frameworks

ITIL is one of several popular IT service management, IT and digital frameworks. None of them are mutually exclusive and need to be followed to the letter without consideration or including aspects of other frameworks.

As an IT leader or IT professional, it makes sense for you to include many frameworks, or aspects of them, into IT strategic planning and day-to-day IT operations.

In this section, we will briefly cover several of these and compare them to ITIL 4:

As you can see, every ITIL service management framework or framework that can be applied to ITIL and ITSM can be used creatively, for different organizations, and in different ways. IT leaders can pick and choose how to apply these various frameworks. ITIL 4 certainly has its advantages and is a recommended approach for IT service management and operations teams wanting to improve efficiencies, customer satisfaction, productivity, and value generated for the organization.