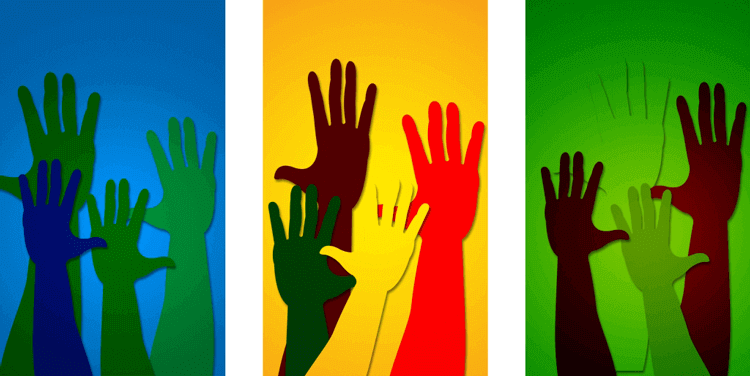 The concept of combining travel with charity has been around for thousands of years in the form of religious and health expeditions. Voluntourism as we know it today became mainstream through mid-twentieth century initiatives that pioneered the movement, starting with Herb Feith's Volunteer Graduate Scheme in 1951, now known as Australian Volunteers International. In 1958, Volunteer Service Overseas was formed, followed by the U.S. Peace Corps in 1961. By the 1990s, concepts like studying abroad and "volunteer vacations" were popular and studied topics. People could combine their desire for adventure and new horizons with their aspiration to help others, making both aspects more worthwhile priorities.

Traveling around the world, no matter the motivation, takes plenty of time, resources, and money. Because of this, voluntourism has become a successful business model, with hundreds of organizations created to make expeditions abroad as smooth, fun, and substantial as possible. Most of them offer flexibility in terms of which country to visit, the amount of time spent there, and the number of tourism excursions sometimes included in the program. Volunteers can spend their time teaching English, constructing houses, or fighting for environmental conservation, to name a few. The New York Times cited a 2008 study stating that in all, the voluntourism industry grosses two billion dollars annually and is 1.6 million people strong.

Volunteering abroad brings about hefty positive change worldwide. The WorldVentures Foundation, for example, is focused specifically on improving the quality of life for children in less-developed countries. Since its creation in 2010, the organization has received five million dollars in donations, making it possible for its volunteers to build one hundred schools out of bottles and trash, renovate ten orphanages, educate Indian and Mexican students, and improve health measures in the form of fresh water and mosquito nets. Voluntourists carry out these tasks, with time and money allotted for all meals, group ceremonies, outdoor excursions, tourist destinations, and free time to shop and explore. Most other foundations of the like, including International Volunteer HQ, Volunteering Solutions, and ProjectsAbroad, follow a comparable model and produce similarly impressive results. Such outcomes would not be nearly as conceivable without voluntour visitors spending time and money to pitch in.

Despite the benefits of these humanitarian efforts, voluntourism has faced plenty of reasonable criticism and backlash since its normalization. Seeing as voluntourists must have the funds to travel globally and the time and resources to be on vacation, the market is mostly geared toward citizens of first-world countries on the wealthier side, with passionate philanthropists of other demographics left out. This points to the age-old issue of imperialism: "civilized" citizens from developed countries arriving to "fix the problems" of less fortunate societies. Many natives witnessing voluntourism see it as invaders indulging themselves in the guilt alleviation and morale boost that comes with it, but that is not always the only negative side effect. Grief-mongering to wealthy visitors has become a way of life for many locals in places like Cambodia and South Africa. Children (many of which have parents) are placed in pseudo orphanages, or "child zoo's", under dire conditions in order to pocket larger donations from sympathetic voluntourists. Some of the actual work volunteers do can in fact be harmful to the communities that are supposed to be improved upon. According to the World Travel Guide, many volunteers that handle construction work are completely inexperienced and much less capable than the region's citizens at producing quality work. So while the efforts are well-intentioned, local laborers often either lose jobs to the visitors or have to completely re-do the voluntourists' contributions in order for them to be usable. In addition, ABC News states that child care programs can be extremely detrimental, with voluntourists paying to teach (thereby getting the position over job-seeking locals), providing often ill-prepared lessons to students, and causing inconsistent learning patterns and attachment disorders in children upon their teacher's prompt departure. When a voluntourist's work has the ability to do more harm than good to a community, many natives shame them as a whole for coming to their land instead of donating the money they spent traveling there on truly valiant efforts.

Does this mean voluntourism is a useless, or even wholly detrimental, lost cause? Absolutely not. The market has indeed created troubles that must be reversed, but it has also brought together like-minded altruistic individuals from across the globe who have used their compassion to change the lives of many for the better. The industry will improve when it recruits the right volunteers for the right reasons. The most right-minded organizations are usually the ones particular about their applicants, seeking genuine humanitarians, or professionals in fields like social work, education, and health care. But even without previous qualifications, travelers can do their part to ensure that their experience is genuinely meaningful. A truly helpful voluntourist is a sentient one; one that is hyper-aware of their level of privilege, cultural sensitivity, and true benevolence. It is important that before beginning a journey or even signing up for a program, a potential voluntourist must have a full grasp of their intention, passion, and knowledge: In which part of the world would they be most useful? What pre-acquired skill set can they provide to the area? What is a reachable goal they would like to achieve before leaving? Are they truly passionate about cross-cultural altruism, or are they looking for more of a vacation or something to add to a resume? Has the program for which they are signing up created positive and conscious results? A voluntourist sincerely passionate about making a positive impact on a community, without imposing on their culture, will have more of an immersing and fruitful experience than any tourist would.