Governmental CSR Policies Around the Globe 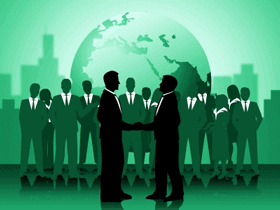 Corporate Social Responsibility (CSR) is becoming an integral part of many companies' policies. Given the benefits it inherently offers to workers and the community, it is often in the government's interest to encourage these programs. A few countries around the world have enacted CSR laws encouraging positive corporate citizenship. The results have been quite interesting and offer some important lessons about CSR.

On December 16th, 2008, the Danish government officially approved the Act Amending the Danish Financial Statement Act (Accounting for CSR in Large Businesses). The law mandates that companies of a certain size must disclose their CSR practices in an annual report or disclose that they do not have a CSR policy. Specifically, companies are required to report on three topics: their CSR policies, including standards, guidelines, and principles; their plan of action to translate CSR policies into results, including all planned procedures and systems; and their evaluation of CSR achievements in the current financial year, as well as expected results of future plans. Recently, the Danish government has added provisions to the law that encourage companies to account for human rights policy and their climate impact. The law has also been applied to institutional investors, mutual funds, and financial businesses. The government believes these CSR laws help Danish businesses compete better internationally and encourages them to make positive contributions to the world.

Since its inception in 2009, the law has encouraged Danish businesses to be vocal advocates of their CSR initiatives. According to a Report from Financial Year 2011, completed with help from the Copenhagen Business School, 50% of companies reported their CSR activities for the first time in the three years since the law's inception. Furthermore, 97% of companies complied with the law. Of the companies that reported their CSR independently (i.e. not through a parent company), 94% said CSR was part of their company policy, while only 6% said they did not pursue CSR initiatives. Common topics that have been reported on include the environment and climate (91%) and social conditions at Danish workplaces (81%). The Danish government would like to see companies improve their reporting of CSR policy results (part 3 of the law) even if this act just entails a subjective analysis.

The law has created a climate conducive to CSR in Denmark. Danish companies are encouraged to think about how best to incorporate responsibility initiatives into their corporate structures. Some companies might focus on water conservation, while others focus on building sustainable supply chains. In general, the law has encouraged Danish companies to treat CSR as part of their business rather than as an extra task.

Official CSR policies are present in other countries as well. India's Companies Act 2013 contains a clause that mandates companies formulate a CSR policy. It calls for companies to develop a CSR strategy and spend at least 2% of average net-profits over the last 3 years on CSR initiatives. The clause has received mixed reactions in the Indian business community.

The U.S. Department of State's Bureau of Economic and Business Affairs (EB) has a CSR team that encourages American companies to be responsible global citizens. The State Department sees business as an additional diplomatic and development resource. The EB serves as a source of guidance and support for American companies looking to develop positive CSR policies. It helps partner businesses with NGO's (Non-Governmental Organization) and other members of civil society looking to have a positive impact. The EB also helps businesses adhere to multinational business conduct guidelines like the Organization for Economic Cooperation and Development's Guidelines for Multinational Enterprises. To recognize outstanding global citizens, the EB is in charge of determining the Secretary of State's Award for Corporate Excellence.

Democracies are ultimately a reflection of their citizen's values. The emergence of CSR policies in nations around the world is reflective of an increase in the number of CSR conscious citizens. Smart companies understand that gains can be made from recognizing these concerns. By voluntarily reporting their CSR policies and results, companies can demonstrate an awareness of positive corporate citizenship. Such an act can serve as both great publicity and as an effective risk management tool. Companies that have established great reputations with consumers and the government for socially responsible behavior are better positioned to survive unexpected crises or accidents. Chronicling CSR policies can also serve as a great exercise in self-reflection. Companies have the opportunity to examine their long-term strategy, identity, and place in the community by ingraining CSR as part of the business. In general, developing CSR initiatives and reporting their benefits are a great way to earn the respect of global peers.