The Increasing Strength of CSR to Change the Face of Business 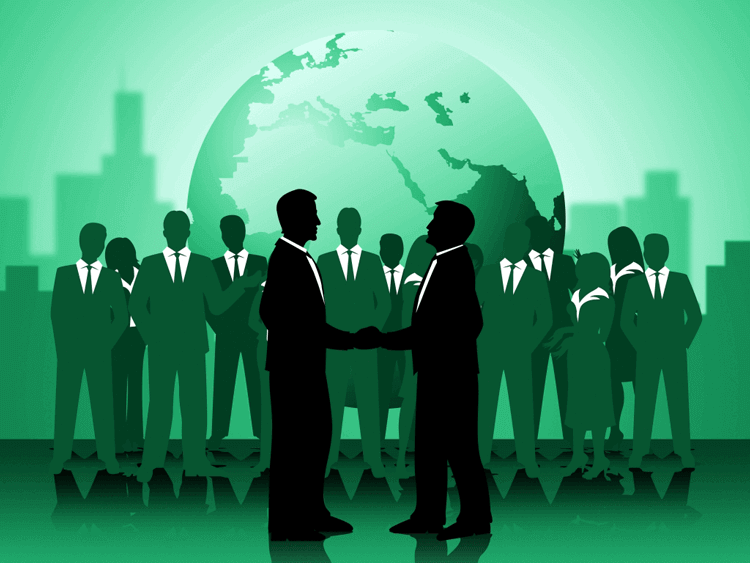 Any large company executive knows that corporate giving is an essential piece of their business model. What started in the mid-twentieth century as a grassroots effort to limit the power and spread the wealth of large for-profit businesses, has now been embraced by top corporations to better their company and community. The result is a revolutionized standard for how we view and operate businesses. With the ever-growing ability to interact with potential customers, corporations have discovered that people respond well to benevolence; they support the business that supports others and makes a positive impact in their community. Corporate social responsibility has successfully woven itself into the corporate world, and not only is it here to stay, it seems to be growing in power, presence, and profit.

As the world becomes increasingly digitized and interactive, large companies and their actions are pushed into the spotlight more every day. No longer are corporations free to sit on their money and embrace unethical policy. The power is now in the hands of every individual, more aware than ever of how and where to spend money. With the flood of information people access every day, what matters is successful advertising and public relations. People feel better about supporting a company with a soul and contributing to an altruistic effort through their purchase. It has now become the norm to question a company's drive and passion beyond maximum profit, and having a strong answer to those questions is increasingly expected.

From a business practices perspective, corporate social responsibility is the more ethical and beneficial choice. This was pointed out back in 1949 by Dempsey and David who argued that "no man, no business, is an island". Every entity needs a community in order to thrive, and reaching out and supporting the people around you causes more and more connections and support in your favor. With the increase of globalization, companies are seeking connections and allies all over the world, spreading and increasing the idea of corporate change for good. Dempsey and David also pointed out the concept of business responsibility, stating that any large institution with concentrated wealth and resources to help the needy have a moral obligation to do so. Although companies have increased in breadth and power, that principle remains true to this day, and the public can point out the companies that truly believe in practicing "good business." In addition, a social responsibility policy reduces legal risk and therefore increases shareholder trust. Entrepreneurs want to invest in a solid, adaptive company. Actively helping communities makes a company more liked and human, and therefore less likely to be reprimanded or lose popularity.

One strongly influential reason that corporate giving is only increasing in usage: the profits. Taking measures to give back to the community is widely proven to make a company far more money than it spends on its efforts. Spreading kindness means spreading brand recognition; a company active in the community is one increasingly known in the community, and those experiencing or witnessing corporate benevolence are happy to become customers. A company does not have to give a proportionally large amount to gain that positive attention. According to the 2015 Giving in Numbers Survey, between 2012 and 2014, the total amount of gifts out of a company's revenue was an average of only .13%, and 56% of companies increased their giving rates compared to 36% decreasing. With altruism only increasing in popularity, it is clear that the concept is not a passing trend; it is a statistically beneficial business advantage. The 2004 study, "Corporate Social and Financial Performance: A Meta-Analysis", suggests that corporate social and environmental performance has a more reliable correlation with financial performance than other marketing strategies. Although the causes of revenue fluctuation are generally difficult to track, corporate giving can cause indirect profits through the workplace as well. A solid corporate social responsibility policy attracts quality employees, who are in turn more passionate about their work and more likely to stay with a company that gives back. Better employees, means a better product, means more money. Corporate giving officers' roles are increasing, remaining resilient in numbers and use despite company downsizes, proving the long-term financial gain of altruism trumps employment costs. Not to mention, sustainability efforts can actually save or make money, and already has with several large companies. Adobe is Newsweek's greenest technology company in the world, and their revenue is increasing every year, reaching almost five billion dollars. They recently renovated their headquarters to be more eco-friendly, and that has saved them a million dollars on energy costs per year.

The race to the peak of corporate social responsibility splendors has changed the way we look at businesses, and the way that businesses look at the world. Although company giving is undeniably a profit tool, it creates real positive change in the right direction that is just as undeniable. According to Financial Times, corporations in the United States alone spend almost twelve billion dollars on social causes per year, with 71 percent of that in the form of physical goods and services like donating software or medicine. The rest of the contributions are in the form of cash or employee fundraising. These gifts have fed the hungry, clothed the poor, educated the isolated, and slowed the negative effects of corporations on our environmental resources. The rise of corporate giving has also led to the birth of innovative inventions. Companies that seek to stand out and modernize their approach to usage are developing new sustainable technology and products to reduce their footprint. General Electric implemented "Ecomagination" in 2005 with the goal to be the positive change in the world that the public wanted to see. Since then, their inventions like ZeeWeed water treatment and the Tier 4 Locomotive Engine have led to avoiding the use of 41 billion gallons of diesel, as well as cleaning one billion gallons of waste water every day. Without the push toward corporate social responsibility, these products probably would have never even been thought of and developed.

Corporate social responsibility is as real as the problems that it aims to tackle. As long as there are still people and environments lacking, potential customers watching, and companies competing, there will be corporations carefully calculating how best to give back. One can be an active member of ensuring this process does not falter by buying environmentally ethical products and applying for positions at socially responsible companies. If every person takes an active and mindful stance, innovations and community prosperity will only accelerate.